Exploring the Masonic Temple: Full of Masonic secrets and ghosts! 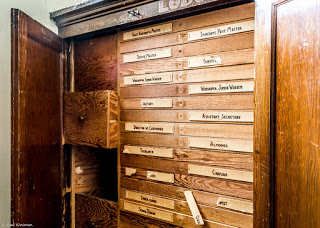 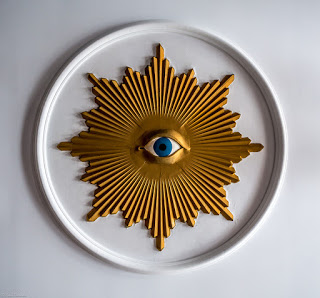 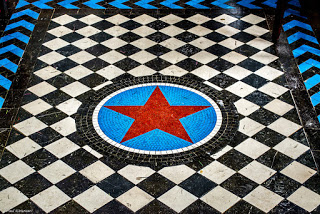 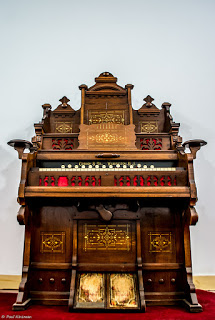 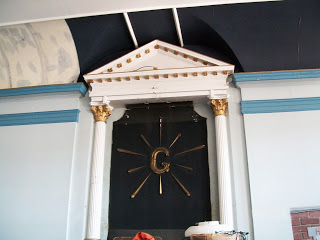 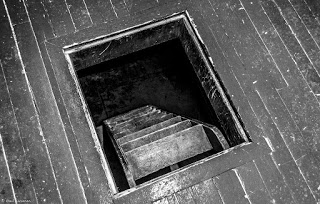 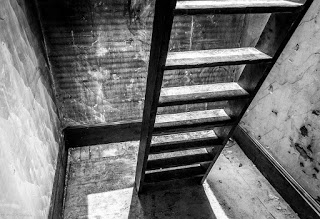 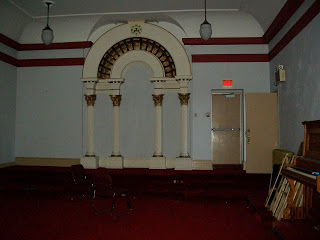 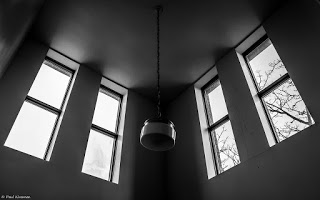 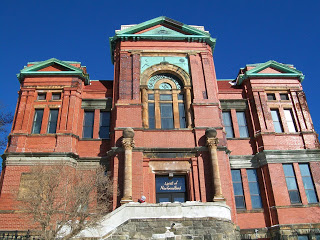 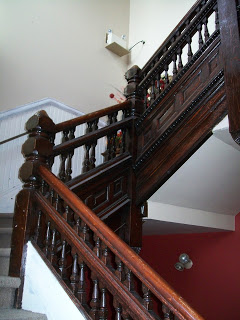 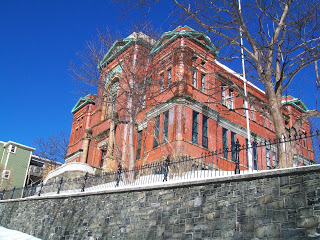 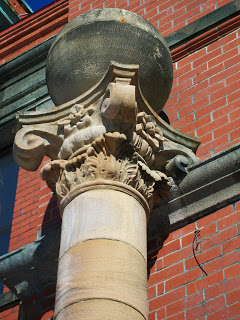 Just try to find out what the Masonic password is or how to do the handshake. You’ll never get it from a Mason, they are sworn to secrecy. With initiation rituals that include a noose and their worship of the sun, it all seems a bit archaic. Yet they still thrive. Their symbol, the All-Seeing Eye, is on the US dollar bill, above the pyramid. The Latin underneath is a Freemason motto, meaning “new world order”.

I saw the All-Seeing Eye up close when I toured the old Masonic Temple, 6 Cathedral Street, St. John’s with one of the owners, Kathie Hicks. For the past ten years, the building has been owned by Spirit of Newfoundland, who saved it from becoming condominiums when it went up for sale. It is now a theatre for the arts.

The building is a treasure trove of Masonic symbols and an explorer’s dream. This Temple is the only fraternal brick structure in the province. On the outside of the building you can see the time capsule embedded in the cornerstone. There's a double time capsule inside this concrete vault. The capsule from the Masons previous location, which burned down, was taken and put inside a newer time capsule.

I could wander around its beautiful rooms all day and marvel at the high ceilings, elegant staircase, and stunning ornamental plaster work. There is a piano in every room and it is home to the only Bluthner Parlour Grand Piano in the province. The Bluthner piano was favored by Tchaikovsky and Rachmaninov because of an extra string on most keys. But, the stunning Victorian architecture takes a backseat to the secrets this enchanting building holds.

Kathie and her co-owner, Peter Halley are working hard to maintain the historic integrity of each room. Visitors there to see a Spirit of Newfoundland production will be seated in the main floor banquet area and before the show, can wander around the bar or Screech Room. They don’t see the upstairs because it is not open to the public yet.

Upstairs, is the Lodge Room which was the general assembly area for Masons. It is laid out East to West and North to South. In its original state it would have had seating along the walls of all sides. In the middle of the room is a rectangular black and white tessellated pavement along with a five-point red star, an object central to the moral teachings of Freemasonry. This room has a beautiful August Gern ornate pipe organ that is one of only two in the world. The other is in a cloistered nunnery in Nottingham. On the ceiling is the All-Seeing Eye. It is symbolic of the Eye of God. It is the symbol of His Divine watchfulness and His ever-present care of the universe.

Off the Lodge room is the Chapter room and was only accessible to Masons who have a certain number of degrees. But the most interesting room of all is the dungeon or Chamber of Reflection which was used for those secret Masonic ceremonies.

Kathie took me into this small room on the second floor. There is a trap door in the floor with a wooden plug in the center. She lifted the door to reveal the Chamber of Reflection. A small darkened, concrete room. It is a somber

place of meditation and reflection for candidates for initiation into Freemasonry, and is sometimes used in higher degrees. As the Masons attain more degrees, there is a ceremony that takes place before one enters in the dungeon. A person writes in a big book on a small desk outside, essentially spilling all their secrets before he goes to the dungeon, the trap door is closed, and he is deprived of light. The plug is removed when the person is ready to emerge marking his readiness to rise to a higher degree. The plug may be out to allow a small amount of light and then put back in for total darkness. There is a ceremony with the Grand Master before he can come to the surface. It takes as much time as the person in the dungeon requires to clear his conscience before entering the higher level of the brotherhood.

I descended the small wooden staircase down to the dungeon to look around. The room is not for the claustrophobic and the ceiling was very low. I can’t imagine being in there for days. It could certainly make a person go mad.

According to Wikipedia: Before the ceremony of initiation, the candidate is placed for a time in the Chamber of Reflection, in order to meditate and consider how Freemasonry is about to change his life. He is given a series of questions to answer. Typically, he is asked his duties to God, his fellow men, and himself. In some lodges he is also asked to make a will. At the end of this time, he is led to the Temple for initiation.

So where did all those books filled with the secrets of each Mason go? Well, the Temple has a large vault on the first floor which was presumably used to protect the organization’s secret files, money and ceremonial tools.

The building also carries its share of ghost stories. There is even one man who visits the upper rooms at times to visit what he calls “his friends”. Staff have two clear ghost stories that involved old fashioned music. On one occasion, the general manager popped in on a warm summer evening and heard the band practicing up in the main Lodge room. When he went inside, there was no one. Just the music. Old fashioned music with lots of brass.

On another occasion, it was extremely cold winter morning around 7:00 when the kitchen staff were cooking turkeys, the chef could hear the band in the main dining area. When she went out to see what was on the go, again, no one there but the old-fashioned music lingered. In terror, she tried to call Kathie, three times. On each occasion the only sound on the line was heavy static and garbled language. Both say that at the time of the ghostly occurrence, they could feel it in your soul. They felt they knew what was happening.

The Masonic Temple was built in 1894 and the owners have been continuously renovating it, desperately trying to maintain its former glory. Almost half of the space in the Temple cannot be used until certain safety issues are addressed. The restrictive building codes of the City of St. John’s requires the renovations to cut into walls and reshape rooms to accommodate fire exits and washrooms. It is a shame that the city planners are requiring the owners to make these changes that will take away from the original plan of the Temple.

With each passing season, the exterior erodes more and is in desperate need of repair. This is not your average building. It needs another $500,000 work on the outside. The intensity of the brick, stone and copper puts the cost of restoration in a league that is not feasible for a small theatre company like the Spirit of Newfoundland. In 2008, they started a fundraising project to help restore the outside of this magnificent structure.

The Masonic Temple is a registered heritage building and the owners believe it is worth saving. After touring all the floors, I truly understand how they fell in love with this building. If you would like to help restore it, you can contribute to their efforts by donating at http://www.masonictemplerestoration.com

This grand structure is a jewel in the crown of the City of St. John’s, the oldest city in North America. The next time you go to a Spirit of Newfoundland show, get there early and take a few moments to stand in the grand foyer and look around at this beautiful old Masonic Temple.